This guide addresses U.S. women's history, including select books owned by the Pfau Library that you may borrow using your Coyote ID Card, links to films you can access using your Coyote credentials, and links to select websites.

Here you will find a collection of books, films, and websites to expand your understanding of women's history in the United States. The library has more than 850,000 books and thousands of films, so this is a very small subset of what can be accessed through the library. For this reason, you will see a link on each page that says, "Show me more books on this topic," which will take you to the library catalog and many more titles to choose from.

The books and films collected here can only be borrowed or viewed by students, staff, and faculty of CSUSB who have Coyote credentials. If you are not affiliated with the university, look for the link on every page that says, "Buy one of these books." This link opens the search page for Abe Books, where you can purchase most of these books used. This is a nice way to develop your own collection at a reasonable cost.

Since 1995, Presidents Clinton, Bush, Obama, and Trump have issued a series of annual proclamations designating the month of March as “Women’s History Month.”

--Women's History Month at the Library of Congress 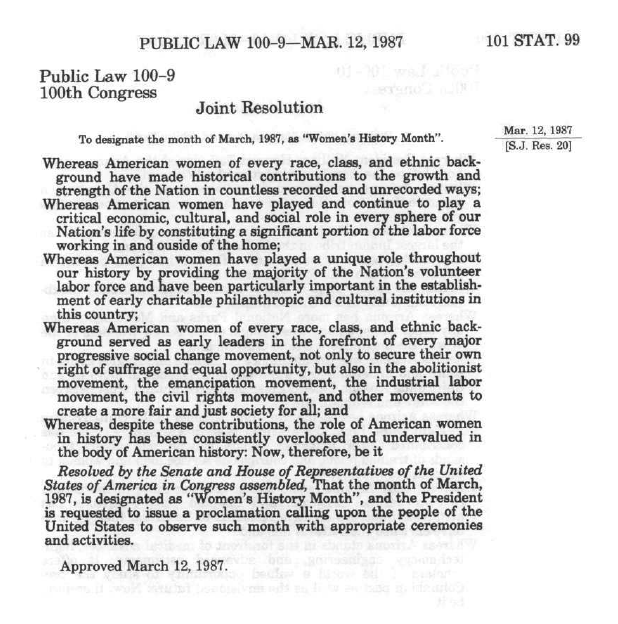