How to Read a Textbook: Examples

A four-step method for reading a textbook with greater attention, with build-in note taking and test preparation. Never read a chapter more than once.

Example from Huck's Raft by Steven Mintz [a history book]

In the eighteenth century, destitute and delinquent children had been absorbed into rural and urban households as servants, farm laborers, or apprentices. But with the decline of household industries, the demise of the apprenticeship system, and the growth of factory enterprise, these households were no longer able to absorb sufficient numbers. Juvenile delinquency seemed out of hand and infanticide rampant. In the middle of the century, as many as 150 infants' bodies were found in New York City each month. Something needed to be done. "Save, oh save from impeding ruin the miserable neglected little objects that now infest your streets," an anonymous Baltimore writer pleaded in 1820; "take them under your paternal care, and direct their steps in the path of virtue and honesty." Beginning in the 1790s, philanthropists, who came to be known as child-savers, experimented with new strategies to care for indigent and delinquent children, including the establishment of charity schools, Sunday schools, orphan asylums, houses of refuge, and reformatories.

With the decrease in household industry, the increase of factories, the decline of apprenticeships, poor and delinquent children were no longer absorbed into local households as servants, laborers, and apprentices. Philanthropists, later called child-savers, “experimented with new strategies to care for children for “indigents and delinquent children” with “charity schools, Sunday schools, orphan asylums, houses of refuge, and reformatories.”

Contrast where had children been taken before the 1790s when they had no family to care for them with after the 1790s.

Example from Adult Life by Judith Stevens-Long [a psychology book]

It is only fairly recently that psychologists, sociologists, and biologists have begun looking for the answers to questions about the course of adult life between adolescence and old age. During the first half of this century, researchers tended to look at the adult years as a relatively stable period in which development, if it could be said to occur at all, slowed to a standstill, picking up momentum only on the downhill stretch. In most textbooks about human development, few chapters cover the adult years. Books on the history of psychology seldom mention the study of adult development. For the most part, the study of human development  has been the study of child psychology.

Only within the last few decades has the study of human development been extended beyond the nearly solitary study of child development to include the adult years (outside of old age). Previously adulthood had been considered static.

Why had scholars not previously studied adult human development?

Example from Assessment by Salvia Ysseldyke [an education book]

There is a general consensus that special needs children should be integrated as much as possible in an inclusive classroom for their peers, encouraging social relationships on all sides.

Huck’s Raft, chapter 14 (partial)
Title: “In Pursuit of the Perfect Childhood”
A discussion of baby boomers and the 1950s, nostalgia, and reality.

1. 1950s was a child-friendly, child-centered decade.
Test question: How would were the 1950s characterized with regard to children?

2. However, 1950s reality wasn’t as pleasant for everyone. Flaws include: poverty, conformity, anxiety
Test question: What flaws existed in the 1950s that do not match the nostalgia?

3. The 1950s were “a historical aberration, out of line with long-term historical trends” and a reaction to previous two decades of turmoil.
Test question: Was the 1950s an extension of previous decades, or was it different?

5. Birth boom ended in 1964, unlike Europe, which stopped sooner. Desire to marry, have a family, and “provide them with a protected childhood was intense.”
Test question: How was the baby boom different in Europe than in the US?

6. Children were to focus of the family.
a. Filiarchy: a society dominated by the young

10. Fads came and went in toys, such as Davy Crockett coonskin hats, Hula-Hoop, Barbie (not a fad, still very popular!)

11. Polio was “the scourge of the nation”
A. Better sanitation made polio frequent at older ages and more likely for paralysis.
B. 1952 first polio vaccine
C. 1954 first polio trials and everyone eager
Test question: What disease was the most feared and the vaccine most eagerly embraced?

13. Anxiety about disease shifted to anxiety about parenting techniques.
A. “’ Child should be understood rather than managed’”
B. “The most famous childrearing expert was white-bearded Benjamin Spock…who preached a softer, more compassionate approach to bring up baby”
Test question: After World War II, who was the go-to man for advice on how to bring up a baby?

14. Spock’s The Common Sense Book of Baby and Child Care (1946)
A. In contrast to Puritans and Calvinists, behaviors say “kiss and hug baby,” play with baby
B. Baby not “a schemer. He needs love.” “Trust your instincts.”
C. Made Freud seem like common sense, but with less threatening language
Test question: What was Spock’s general advice? 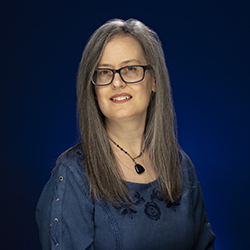